The pandemic has truly affected everyone’s lives. Whether you are the CEO of a Fortune 500 company or a small business owner, Covid-19 has shaped our lives in one way or another. One segment of the workforce that has seen drastic changes are those that previously commuted into the office in a metropolitan hub and who are now discovering the advantages of a remote working life. An IBM survey published in May 2020 showed that 54% of newly remote workers would like to continue working remotely after the pandemic subsides.

There is a whole new world of possibilities to discover for these newly converted remote workers, with one such advantage being “location independence.” Living independently of where you work may seem like an obvious plus to the remote lifestyle, but many are only starting to truly grasp the benefits of this concept. Upwork, the world’s leading platform for remote freelance workers, released a report at the end of October stating that “between 14-23 million of U.S. households intend to move, in many cases out of major cities and into less expensive housing markets.” Of the participants polled by Upwork, 20.6% intended to move away from a major city, along with 52.5% of people saying they were moving away to gain more affordable housing.

Keeping that in mind, it is of interest to explore housing costs further away from the city center. In an article from Bloomberg, the median home price in Manhattan, Queens, and Brooklyn as of September 30th, 2020 was $667,900. However, looking at Bloomberg’s interactive map, it is clear to see that the disparity between city and suburb neighborhoods is drastic. For example, the median home sale price for Soho in Manhattan was $2.3 million while in Brooklyn’s Crown Heights was $800,000, and in Queens’ Astoria was $740,000.

Zillow claims that in December 2020 the typical home value in the whole of the United States was $262,604. Conversely, New York’s median house price is 2.5 times more than the average American home value and as found, less expensive homes are located in far reaching areas not close to the city center, such as Coney Island where the median home price was $428,000, or Flushing where the average home was $631,265. No wonder people want to leave cities! Many are finding it isn’t worth it to live in these cities where the arts, restaurants, and shops aren’t available due to the pandemic and one doesn’t have to go into their place of work for the foreseeable future.

However, these new trends are causing housing prices to rise in rural and suburban areas. Housing Wire found that the median sale price of a home increased year-over-year by 11.3% in rural areas and 9.2% in suburban areas in the four weeks prior to August 2nd. This might not be a horrible thing for rural and suburban areas though. Raising home prices has the potential to encourage an increase in wages, housing development, infrastructure, and desirability in these more remote areas.

Airbnb found in a commissioned survey, published in mid-October 2020, that 83% of participants are interested in relocating as they work remotely. In addition, 25% of the participants believed they could “live where they want to and work remotely” which is a far cry from workplace beliefs in America a year ago. Airbnb also found that of those that have already relocated, 24% migrated to suburban areas and 21% moved to rural areas. Finally, Airbnb reported that rural hosts earned 25% more in June 2020 than in the same month the previous year. All of this newly collected data continues to point to the exploration of living and working in less populate dense locations.

Many people are also considering the digital nomad life. Nomadic Matt, a top travel blogger, recently wrote a how to be a digital nomad guide for Airbnb. While Americans have been notorious in the past for not taking vacation days, there has been a growing trend in weekend getaways and staycations due to the redefinition of remote work during the pandemic. People are now booking Airbnb stays not just for a weekend, but weeks on end as reported by ThePointsGuy, an excellent travel resource.

If you currently live or work in a city, this mass exodus from your metro area could be a benefit not only with decreased traffic but also the lessening of pollution, housing prices, rent competition, rent prices, and population density. With potentially 23 million homeowners looking to relocate within the next year, this could also be a great opportunity for those of you in suburban or rural areas to put your house on the market and make a move-up to expand your own space.

Reach out to one of our Loan Advisors to discuss navigating the Pandemic and the possibilities emerging as a result of it.

What is your financial goal for 2022? Comment below!
#financialwellness #mortgagematters

Take a look at this list for some fresh ideas to jump start your finances. 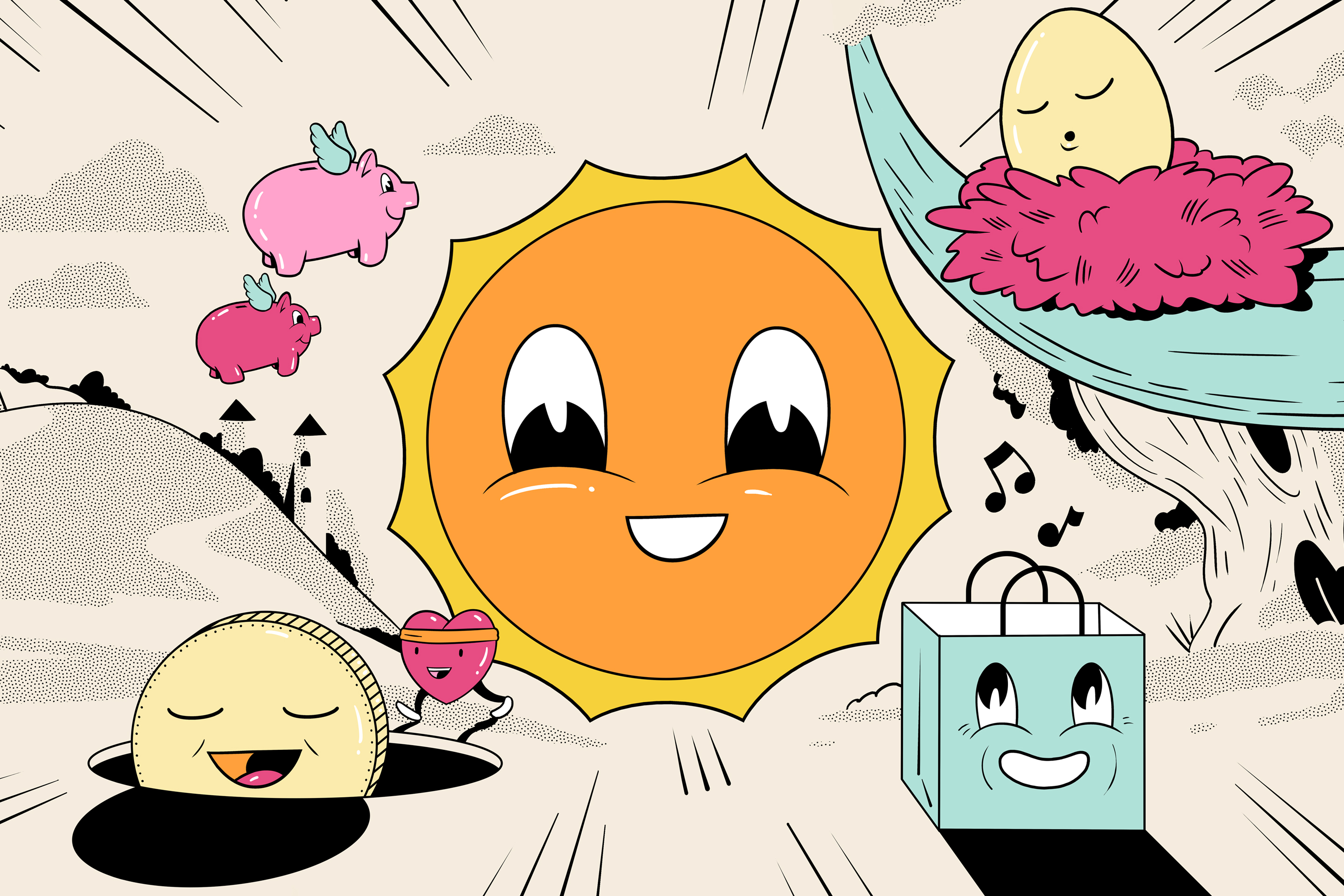 Ready for a fresh start? Here's your guide.

Rob Hirt - The opposite of productivity isn't laziness. It's distraction.

There's an old saying I used to hear: "If the devil can't make you bad, he'll make you busy."

Well, I think if life can't make you lazy, it'll make you distracted.

When you lose focus of what matters, you hand over the keys to your kingdom.

And I'll be honest: I think it's easier than ever to become distracted. If it's not social media, it's emails and text messages. These things aren't bad, but if we let them, they can pull us off our course.

Imagine if the captain of an oceanliner tried to cross the ocean by following every bird, dolphin, and flash of light he saw cross the horizon! He wouldn't get very far, and he certainly wouldn't get there in good time.

You have to hone in on what matters and pursue it wholeheartedly.

You need blinders on so you can focus on where you're headed.

Otherwise, you'll be left chasing distractions onto the horizon instead of heading toward your dreams.

What is your financial goal for 2022? Comment below!
#financialwellness #mortgagematters ... See MoreSee Less

Take a look at this list for some fresh ideas to jump start your finances. ... See MoreSee Less